Should Marijuana and Cocaine Be Legal? 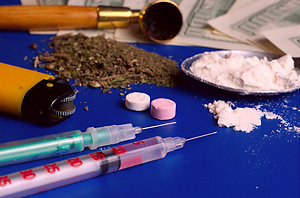 Posted by Larry Rosenwald on May 11, 2014 in The Criminal Element |

The question of whether or not illegal drugs like cocaine and marijuana should be legal, I believe, is a false one.

I think that prior to asking the question of whether or not these drugs should be legalized, we should be asking if it would be a moral undertaking in the first place. There are a number of other questions that should be asked prior to unleashing the beast of drugs like heroin and crack cocaine as a publicly available and legal recreational drug much like beer and alcohol.

Other Questions I Think We Should Be Asking Prior Any Consideration of legalizing illicit drugs are listed below.

These are only a few of the questions circulating in my mind on this issue. I believe these questions, along with others like them, should be swirling in the minds of anyone who happens to give brain time to this conversation, issue, and movement. Personally, I think its a bad idea laden with well place assumptions and good conservative meaning, but no. Hell no.